Footwear for the outdoors

Designed, developed and tested in Scandinavia

Gateway1 Catalogue
Download our catalogue where you can see and read about our upcoming products, discover the technology behind Gateway1 footwear and much more.

Have a look at the newest products in the Gateway1 series and discover new variations of older products.

In our catalogue you’ll also be able to read about some of the newest technologies that goes into Gateway1 products. 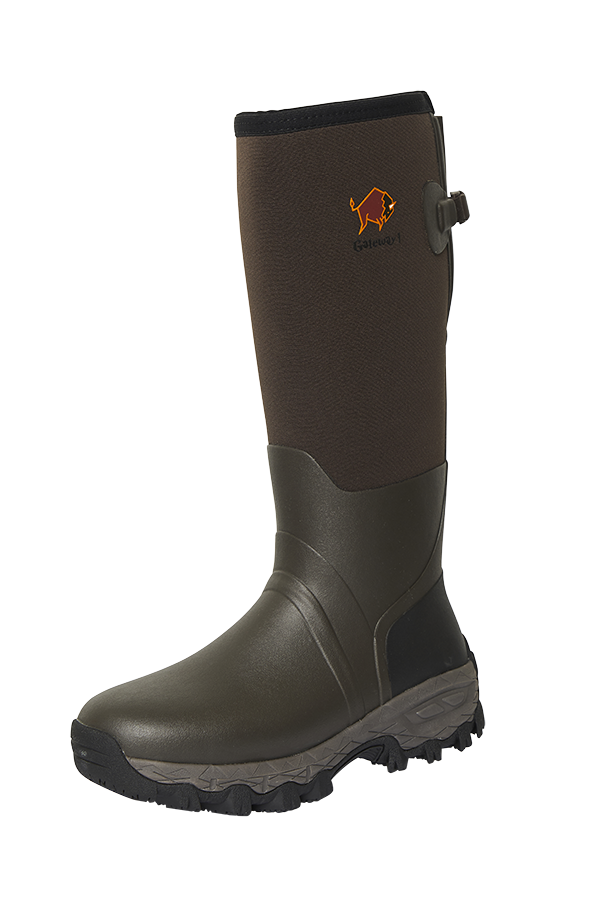 Lynx ICE-GRIP+TM is inspired by the Scandinavian lynx and the immaculate grip of its paws. The outsole rubber compound has been developed and tested in the harshest of winter environments in Scandinavia and other parts of Northern Europe.

Lynx ICE-GRIP+TM is featured in footwear for general outdoor use such as hiking, hunting or shing as well as for industrial and work requirements.

Unlike most rubber compounds, Lynx ICE-GRIP+TM offers 2-way grip. Rather than loose grip at -25°C/-13F, Lynx ICE- GRIP+TM can withstand temperatures down to -45°C/-49F without losing grip. The compound has been tested in the field and the lab.

Inspired by traditional table tennis bats with two different rubber compounds, the outsole rubber compound of Lynx ICE-GRIP+TM is developed in such a way that it uses the grip function when needed, while the durable reinforcement part of the compound is used in areas of critical wear.

The rubber compound is based on a formula of natural rubber mixed with synthetic rubber as known from winter tires for vehicles. However, people need a special type of grip in order to break in the heel and forefoot of the gateway1 footwear. Thus, the compound is placed strategically, optimising the footwear’s grip and reinforcement.

Typically, you use a softer and less wear-resistant compound to obtain better grip in cold environments, but by combining grip and reinforce- ment, Lynx ICE-GRIP+TM offers an optimal solution.

Outsole treads vary and are often based on the type of activity that the gateway1 footwear is developed for.

No compromise on wear and tear

The Gateway1® brand name is inspired from the same word used in the days of USA´s birth. Here settlers, frontiers, fur trappers and other adventures often named the first landing spot Gateway one on the great rivers. Here fur trade and supply where vital for the next season. By this name we want to express the functionality of our gateway1 footwear to even the harshest nature and weather.